Should you care about Bitcoin and crypto? Should you care about Bitcoin and crypto?

You’ve likely heard about cryptocurrencies, especially Bitcoin, which grew in value from $1 to $31 the year it launched (2009) and reached a value of $60,000 earlier this year. Those sorts of numbers definitely grab headlines. But even if you have the money to invest, there are some things you should know about crypto:

It’s a type of digital or virtual currency exchanged between people on the internet. There are no physical bills or coins. And unlike other forms of currency, “crypto” is not backed by any central banks or nations.

Where did it come from?

Bitcoin was invented by someone who goes by the fake name Satoshi Nakamoto, who published an academic paper in 2008 titled, “Bitcoin: a Peer-to-Peer Electronic Cash System.” Other forms of cryptocurrencies existed before Bitcoin hit the market in 2009 and still exist today, but Bitcoin is the best-known.

How does it work?

A number of companies, like Coinbase, Gemini, PayPal, and Robinhood, enable regular consumers to buy cryptocurrencies and hold them in a digital wallet. Transactions are recorded on a digital ledger, known as a blockchain.

But cryptocurrency is more of an investment strategy right now than anything resembling a replacement for day-to-day purchases. The list of places where they can be used is constantly changing. For instance, Tesla started accepting Bitcoin as a form of payment in February of 2021 but stopped three months later. Some countries accept their use (the United States) while others ban them (China).

What are the risks?

Since most people benefit from a low-cost, diversified, passive approach to investing, Bitcoin and other cryptocurrencies pose risks for a number of reasons.

Regardless of your interest in crypto, if you are thinking about investing or already have an investment portfolio, work with your Brightside Financial Assistant to make sure your current plans align with your overall financial goals. (Note, Brightside does not provide specific investment advice.)

Nelson came to Brightside to see if he could use his stocks to pay for his children’s college expenses. He had a Parent Plus student loan due for his child’s tuition that would cost him $3,000 a month. He also had two other children in high school that he wanted to plan for so he could pay for their college expenses as well. Nelson thought of selling stock to cover costs and wanted to know if there were any strategies for minimizing taxation. He contacted his Brightside Certified Financial Planner, David, for help. 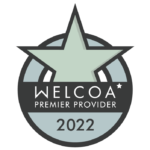